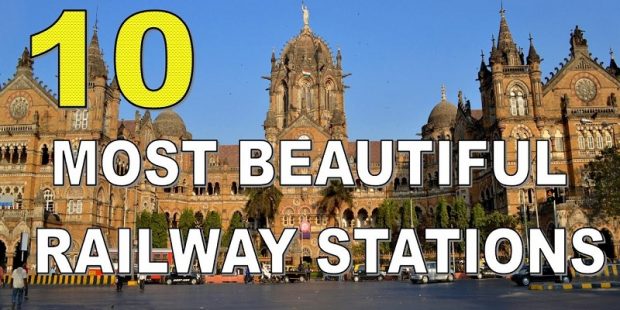 Large transport hubs should be not only comfortable and safe but also spectacular – this is the first thing you will see when it enters the country by rail. The impression of the city begins to form here. We chose the ten most beautiful railway stations, which can easily be included in the list of the main attractions of the country.

Here The List Of Most Beautiful Railway Stations In The World 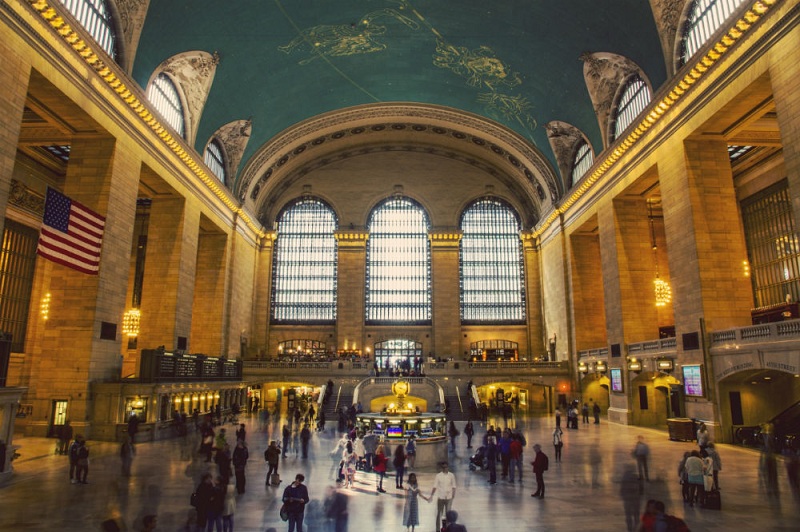 New York’s oldest and largest train station in the world has 44 platforms and 67 tracks. The two-level station: 41-way fit on the first level and 26 on the second. The building was built over a hundred years ago – in 1913, and earlier in its place was also the station. Grand Central Terminal is made in the eclectic style of Beaux-Arts, the distinctive features of which are symmetry, the use of fancy decorations in the decor, figure sculptures and gold inserts.

The building has several popular cafes and restaurants, especially praise the oyster bar. And there is also a cinema, so if the train is delayed, or you arrived at the station too early, you can pass the time watching the movie. 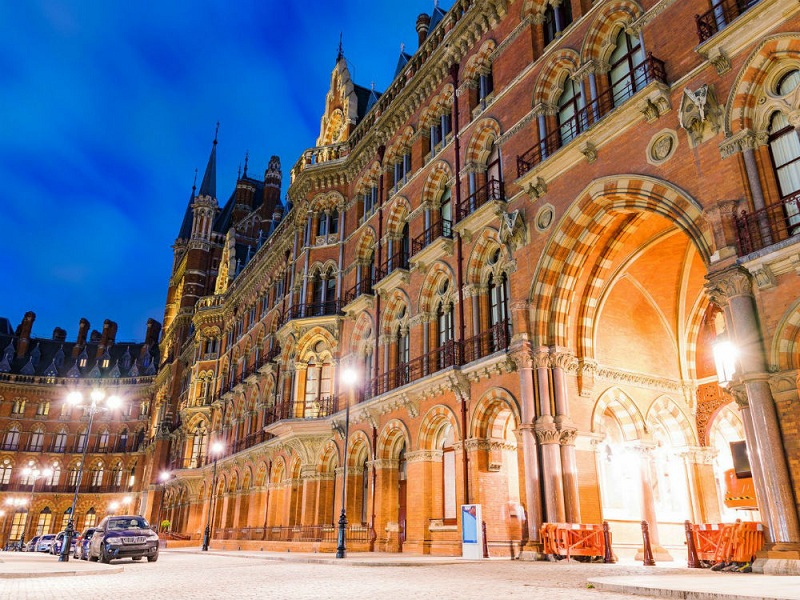 The station, like many others on this list, is not young: it was opened in 1868 and is located opposite the British Library in central London. Here is a five-star hotel St. Pancras Renaissance Hotel (incredibly beautiful) is the main station building. It is built of red brick in the neo-gothic style and is considered one of the most vivid examples of this architectural direction.

St. Pancras International not only looks great but is also an important transportation hub. From here, for example, flights to Paris and Brussels are carried out on Eurostar trains passing under the English Channel. 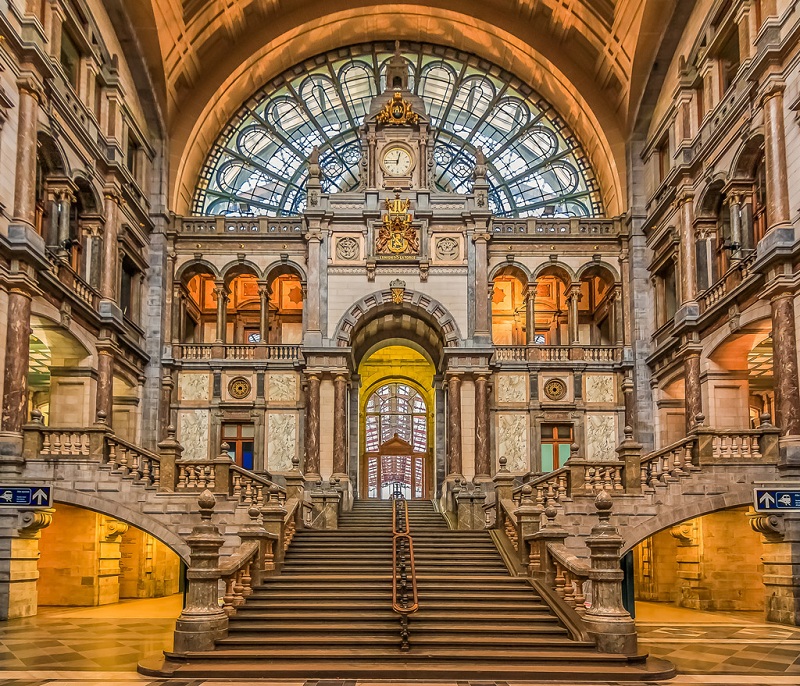 From the photographs, it seems that this is a mansion of some kind of old Count family or of the royal family. The station opened in 1905, but the trains were leaving from here since 1898 when the decabarker was built – this is part of the station with platforms and a shed above them.

A beautiful building with difficulty resisted the passage of time: it literally began to fall apart in the middle of the twentieth century. Demolition was avoided due to the status of the monument of architecture, which was assigned to the station in 1975. The restoration started in 1998 was completed only eleven years later. The station received a different layout: instead of one level, it became three. During the reconstruction of Antwerpen Centraal, they built a new passage to the aprons, but the building resembling a castle still stands still. 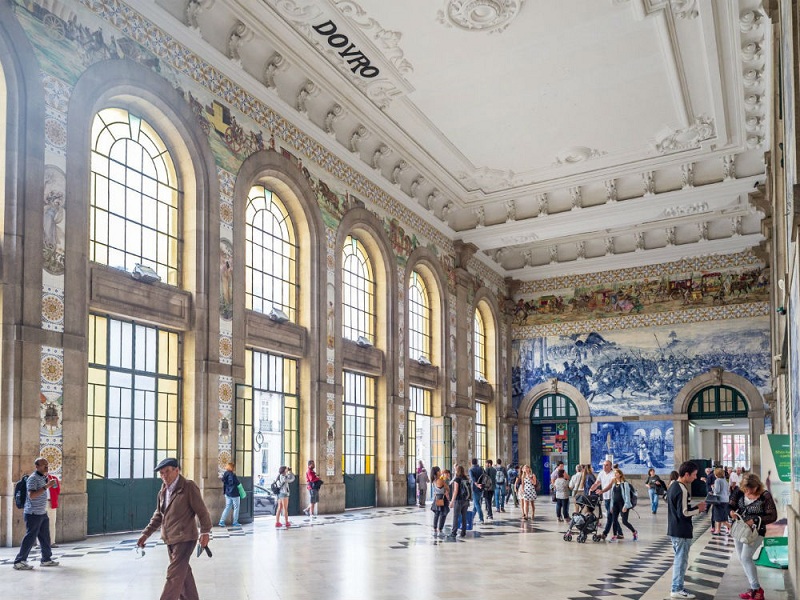 The building was built in neoclassical style. Inside there are a lot of works by Georges Kolas, one of the best artists of his time, who painted Portuguese tiles azulejos. Among the scenes that adorn the walls of the station – historical episodes and battle scenes. In short, there is something to look at while waiting for the train. 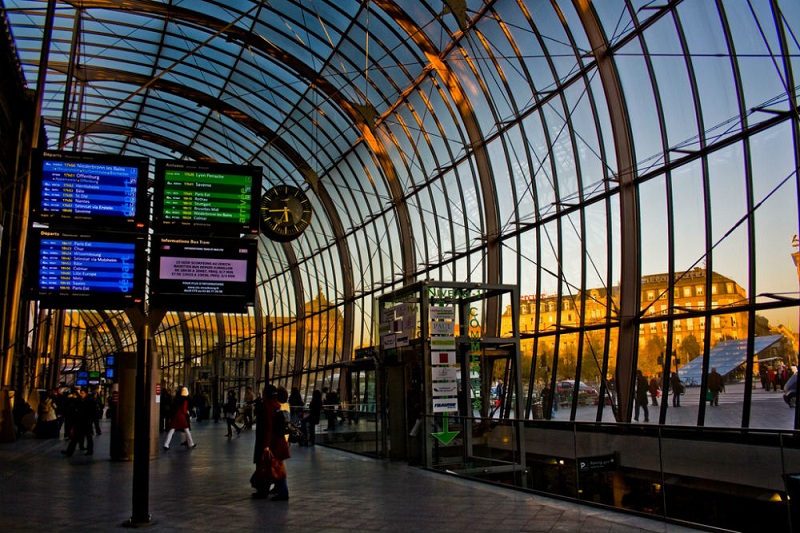 Outside, the station looks modern and unusual – this is a complete glass semi-circular building. The dome appeared relatively recently. Prior to this, the station looked similar to the structures of that time – it was opened in 1883, but construction continued for another five years.

For reconstruction, which ended in late 2007, it took about 150 million euros. The building was equipped with everything that you can: heated floors, the latest electric centralization system, which allows you to keep track of heavy traffic and prevent train disruptions, various security systems. 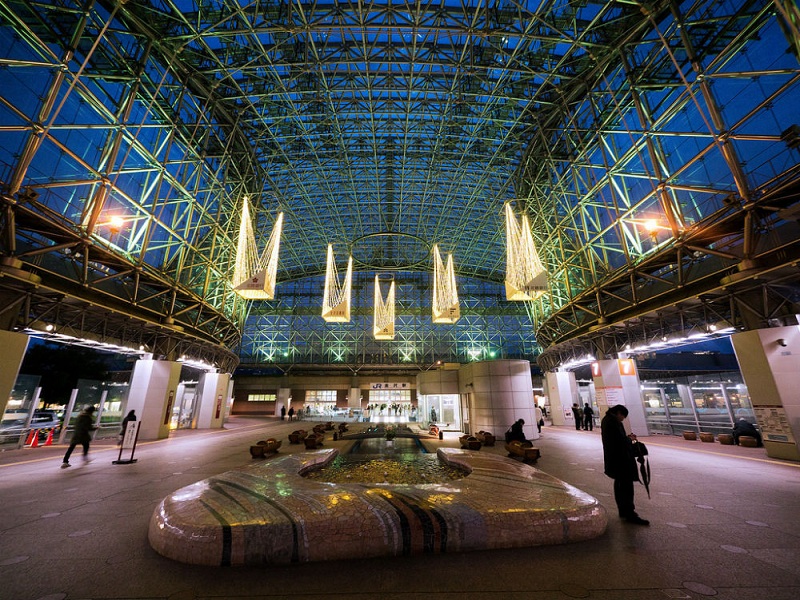 The station building in Kanazawa is an interesting combination of traditional Japanese architecture with modern styles. The entrance is like a huge fourteen-meter arch, made of handmade wooden columns. It begins with a glass roof, which contrasts sharply with the columns themselves.

Inside Kanazawa Station there is a lot of greenery: trees and shrubs grow there. There are even fountains. Once inside, you will not notice how fast the time passes while waiting for the train. And the building itself, despite the bold combination of styles, looks surprisingly harmonious. 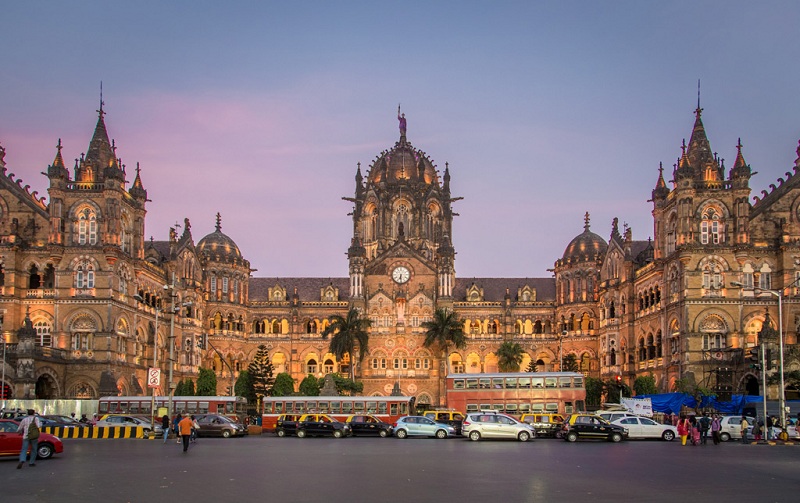 The station is not named after the place where it is located, but by the name of Shivaji, the national hero of India, who in the 17th century raised a rebellion against the then ruling Muslims. Until 1996, however, the station bore the name of Victoria Terminus in honor of Queen Victoria.

The building, like Antwerpen Centraal, is very much like a palace. The decoration of the station enhances the impression: a staircase with a balustrade, wooden inserts with figured carvings, copper railings. It is one of the busiest stations in India, it serves not only local trains, but also long-distance trains. 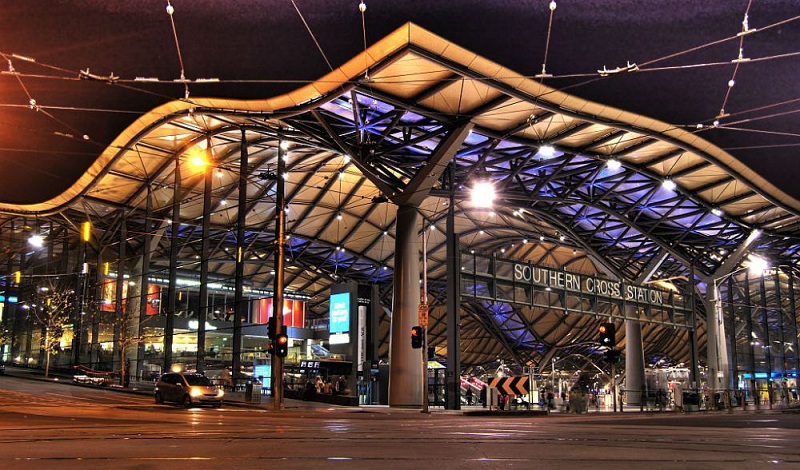 Melbourne main railway station begins its history in 1859 when it opened under the name Spencer Street Station. The station underwent a major renovation in 1960, and then it was remade again in 2000, expanding and leading to a modern look. Thirteen years later, two new platforms were added, a total of sixteen.

Outside, the station stands out for its unusual roof shape. It is curved, wavy. It looks original and recognizable – such a building is not to be confused with anything. 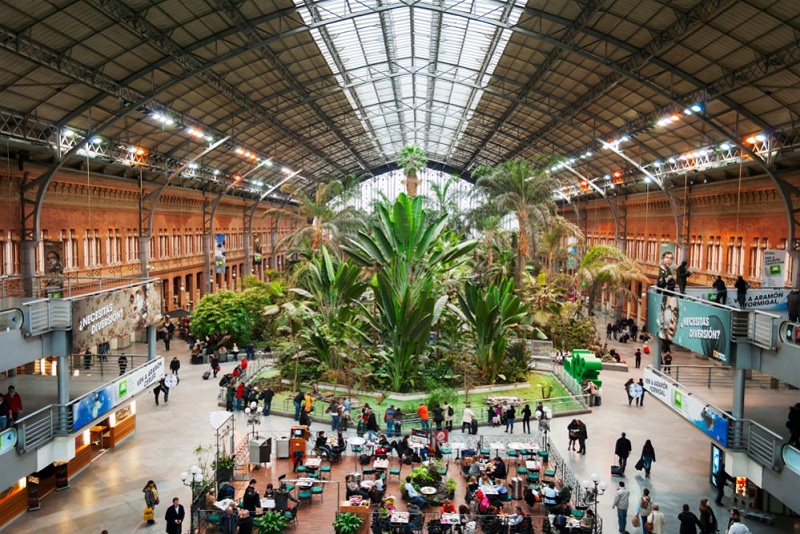 The name comes from the city gate of Atocha, which was demolished in the middle of the 19th century. The station has three platforms, from where trains go to major tourist cities, such as Valencia, Seville, Barcelona.

The building looks monumental and inside pleases travelers with an abundance of greenery. There is a winter garden with palm trees and a pond in which turtles live. 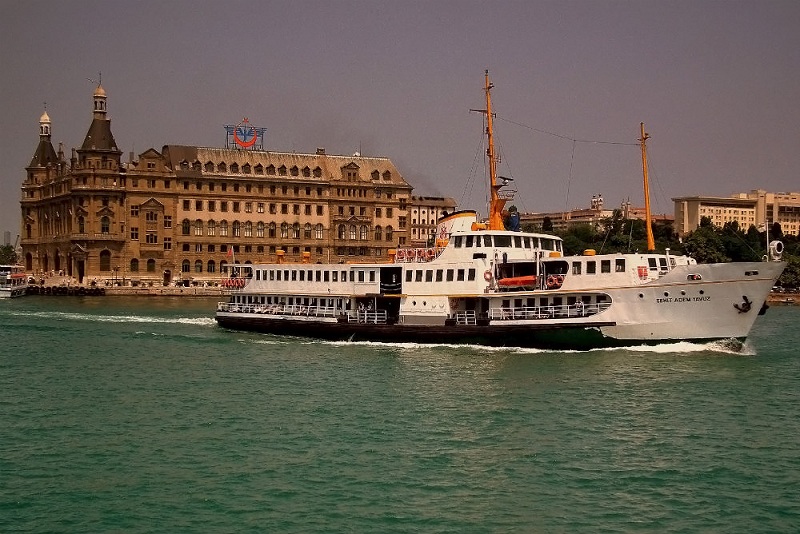 The station is located in the Asian part of Istanbul, from where trains depart to the suburbs of the capital and throughout eastern Turkey. It was built on the bulk peninsula, which goes straight to the sea. From the station, you can transfer to the ferry for crossing the Bosphorus.

Haydarpasa is an important transport hub, so it is usually crowded here. The building was first opened in 1908, and the station has existed since the seventies of the 19th century. The architecture is guessed by European features and this is no accident because the building was designed by architects from Germany.

The main thing – remember that an impressive station does not mean that the route from it will pass to equally spectacular places. The beginning of the most scenic routes is often frankly homely stations.