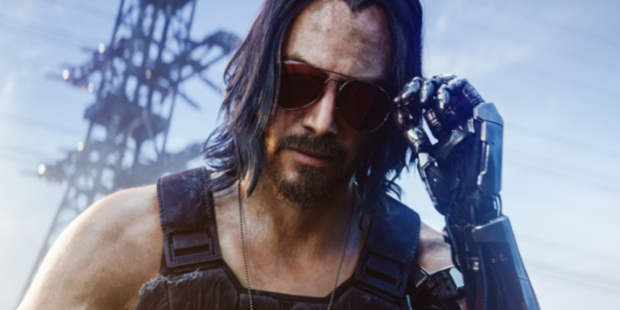 With video games poised to take over movies as the biggest money-maker when it comes to entertainment, you can best believe it is always the right time to check-in and see what all the gamers are going wild over.

Animal Crossing Is Still a Powerhouse

The escapist life simulator with talking animals is still the best selling game of the year by a huge margin, creating a shortage of Nintendo Switch consoles when plenty of fans ponied up to buy both (since it’s exclusively a Nintendo property). Spend real-time in on your fake fantasy island and make friends and build the house of your dreams. The sheer amount of decorative and swag options alone means you can make an island that is uniquely you…and then you can invite friends to visit and fawn over it.

One thing that has definitely kept people coming back to Animal Crossing month after month is it’s built-in free updates, and you can be sure that this is a trend that all gamers would like to see again and again, as in-game micro-transaction purchases have always been viewed with suspicion. It feels like things are changing, though, as more and more games are being offered without purchase across several different genres. Whether for your phone, console, or browser, you can find free multiplayer games, free puzzle games, and even free sex games.

New Consoles on the Way

Even though the E3 Conference was canceled this year, both Sony and Microsoft released plenty of video events highlighting the Playstation 5 and Xbox Series X. The specs on both of them are actually quite similar, although it seems to be agreed that Sony has a bit better roster of games coming out in the next year or two (certainly the sequel to Horizon Zero Dawn has helped this). But Microsoft has an ace up its sleeve because all the games they have shown off so far (from the new Halo: Infinite to Sea of Thieves) will be available on their Xbox games pass, which is a monthly subscription to download and play any games you want. Without a doubt, it’s going to be a wild winter of never leaving your couch, although, for the estimated prices (both companies haven’t officially listed them), it might be time to learn how to sweet talk a sugar daddy.

VR: Always the Next Big Thing

The 2010s were supposed to be the decade were VR gaming came into its own, but that just didn’t happen. While everyone is vaguely familiar with the idea of putting on a space-age helmet and suddenly being ‘lost’ in an interactive world, there are still plenty of questions people have about the basics. And the one thing that scared people away early is the price and logistics. If you own a Playstation 4 you can get Sony’s own VR headset…but you still need a whole separate room to stumble around in. There are other VR headset companies like Oculus that can be used with a top of the line gaming PC, but all this means you are spending easily over a thousand dollars. And most customers balked at this, and that meant initial investment and development for VR games dried up.

So leave it to Valve – creators of Half-Life, Portal, and Counterstrike – to develop the first VR game that lives up to the hype, Half-Life: Alyx. It’s an amazing experience and truly is the first ‘must own’…but it’s sales wasn’t huge because of that damn price point. We’ll see in the years coming forward if companies can somehow make the hardware cheaper because if they can, the possibilities are really endless.

As computer and gaming technology improves, it becomes easier to create better graphics and a more improved physics system, and that means there are more and more games that offer up a chance to skip its own story and let you explore the massive fantasy world at your own pace. One of the biggest games of the summer is Ghosts of Tsushima, a Playstation 4 exclusive that takes place in the late thirteenth century, where you play a samurai tasked with repelling a mongol invasion of your home island. But you can do this exploring to your heart’s content.

And of course, the entire gaming world is waiting for the often-delayed, but amazing looking Cyberpunk 2077, which was supposed to come out early this year, but is now set for a November 19 release date on PS4, Windows, and Xbox One. If you ever wanted to explore a wild sci-fi world like Bladerunner, here is your chance. And Keanu Reeves is in it! Keep reading sites like omegle.

While Nintendo owned the first half of 2020 with Animal Crossing, the big N has actually been relatively quiet on the front of announcing new titles. Other than announcing a new entry to the ‘Paper Mario’ series, no one really knows what the back half of 2020 will reveal. Smash Bros fans want to know the new characters that will be added to the roster. There are rumors of some re-releases of classic 3D Mario games from the past, but so many people are still wanting to get an update on the confirmed sequel to ‘The Legend of Zelda: Breath of the Wild’. Not surprisingly, fans are going wild with speculation over what the new game might contain. Will you finally be able to play as Zelda? Will there be another nine hundred korok seeds to find? The teaser trailer showed that we will met Ganondorf, or at least his corpse, so maybe time-traveling (a popular Zelda staple) will be involved?