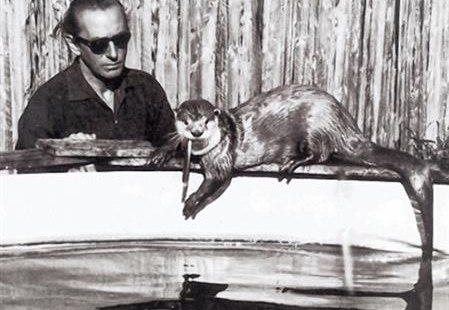 At the edge of the Stranraer peninsula sits the village of Monreith. On the headland there is a beautiful bronze statue of an Otter looking out across the Irish Sea to the coastline of Northern Ireland. It is a wonder piece of work similar in fact to the Bronze Wildlife Sculptures that can be viewed at www.gillparker.com/. What is it doing there and who is the person it is dedicated too? It is named after an enigma the man named Gavin Maxwell. 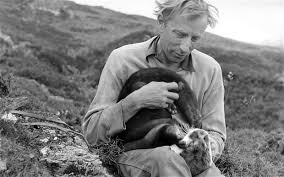 Maxwell was a naturalist born in the southern county of Wigtownshire. Growing up in this environment surrounded by nature and the natural world it was clear the young Maxwell was going to be a keen ornithologist, natural historian and lover of the wild. He was born into money and attended many fine schools including Stowe. His family exerted pressure on him to follow then into land management by studying at Oxford but the rebellious Maxwell thought otherwise. He spent the next 3 years enjoying himself immensely indulging in sports and drinking. He was resourceful enough to cheat and pass his midterms but as a measure of the man he crammed the whole 3-year course into 6 weeks intensive study to pass cleanly. With the advent of the second world war Maxwell worked as trainer for operative from the Special Operations Executive the fore runner of the SBS and SAS we know today. After the war he attempted a few failed business ventures including a basking shark fishery in the Inner Hebrides. He owned one of the islands, Soay, continuing his love of the wild Scottish remoteness. He began to write and was soon recognised as a fine author. It was an adventure in Iraq that was to bring about his most famous work. 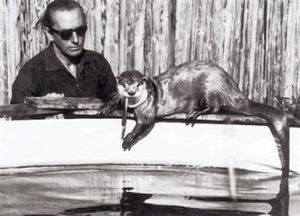 In nineteen fifty six Maxwell accompanied his friend and explorer Wilfred Thesiger on a journey through the marsh lands of Iraq. The marshlands were thought to be the home of the biblical setting of Eden and as the explorers made their way through it Maxwell came across an otter with a smooth coat. Maxwell was intrigued and decided to take the friendly otter home to Scotland via a trip to the London Zoological gardens. It was discovered that the otter was a sub species and named Lutrogale perspicillata maxwelli in his honour.

Maxwell has had a European otter before, but it had died, so this new discovery was a second chance. Naming him Mijbil the otter was introduced to his Scottish home where it mingled with the locals and had several children. Maxwell was to die of cancer in 1969 but his legacy remains in the landscape of Monreith and the Inner Hebrides.