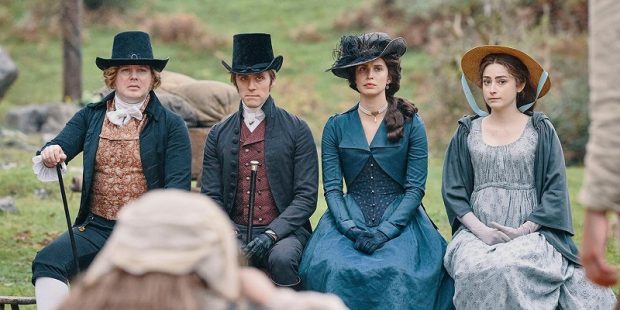 1796. Ross must defend Cornwall from an increasingly powerful George Warleggan. He is ready to risk everything by embarking on a political adventure that leads him to spend time in the capital. As her relationship with Demelza goes through a difficult time, Caroline and Enys are not spared from tragedy either. Love is strained, while conflicts endure.

Still, under the pen of Debbie Horsfield, this season 4 of Poldark has 9 episodes to stage the last part of The Four Swans, a sixth book written by Winston Graham, and the entire book 7, The Angry Tide. The main couple finds themselves in turmoil at first over the feelings Demelza has developed for Armitage. But that is nothing compared to what Morwenna has to experience on a daily basis. The series then continues its exploration of social class. And marriage, where joy and drama blend together, constantly redefining the dynamics.

Please note, the following contains allusions to events that may be considered spoilers.

The struggle of Ross Poldark, an idealist politician 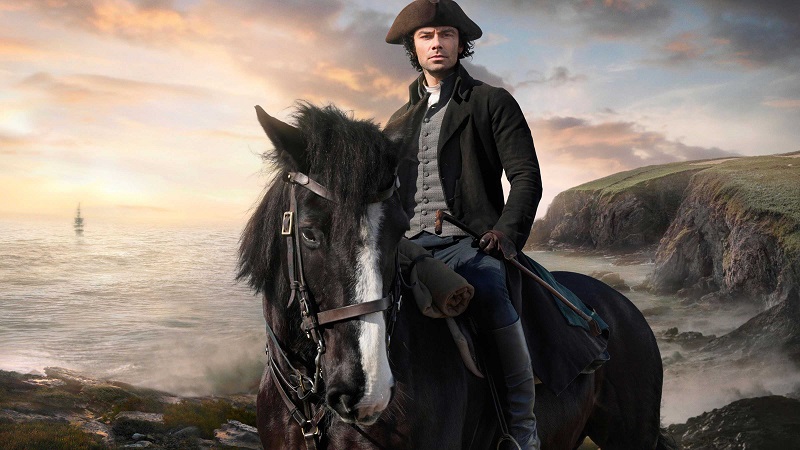 Ross will have pushed back the inevitable as much as possible. But he must face the fact that he must be in a position of power to bring about change. Poldark never ceases to show a working class that is continually struggling to survive, having to fight for food despite hard work.

If Ross (Aidan Turner) has always placed himself as a defender of the widow and the orphan. And certainly never the last to get involved in a fight. He is embarking on a new challenge: politics. This takes us to London for some heated exchanges, but also a fairly simplistic representation of the political scene. Or rather shall we say superficial, because the capital sometimes takes the form of a tempting and sophisticated city to which it would be easy to give in to its advances, and which will even cause trouble in the main couple at one point.

While the difference between life in London and Cornwall is interesting. The series approaches the subject with relatively little dexterity, but a welcome sense of aesthetics. Ross is not the only one going to the Capital and it will allow us to see some beautiful costumes. Not to mention that it helps to better enhance the landscapes of Cornwall by breaking it up by the London interiors.

You may also like to read, “can you see who views your facebook story “. To know more visit our Blog http://charlestonteaparty.org/a>.

The many facets of marriage 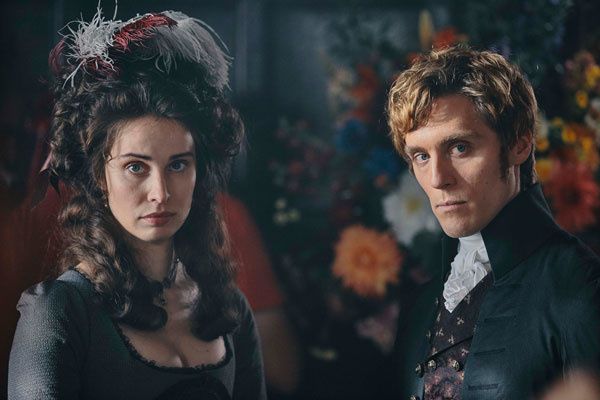 Beyond politics, this season 4 of Poldark remains above all one that speaks to us about marriage and multiple forms. Each relationship in the series presents us with a different side of this institution where love and social obligations merge… or not.

At the heart of the tale is always the story of Ross and Demelza ( Eleanor Tomlinson ) where jealousy and passion never cease to bring them together and apart. Whatever happens, the couple continues to go through hardships. Between sacrifice and reconciliation, constantly reminding them of what needs to be done to keep a relationship afloat through time.

Above all, this season 4 is working to offer confidence a place of choice, the loss of it threatening to implode everything regularly. This is the case between Ross and Demelza, but also Elizabeth (Heida Reed) and George (Jack Farthing). These two mostly form a united and functional couple. If it were not for this cloud above their heads who does not want to leave named Ross Poldark. The rivalry between the two is redundant, but it defines George where it tends to show Ross’s immaturity. In any case, Elizabeth will have spent her life struggling against the weight represented by the men in her life who have never ceased to define the direction that her existence should take.

Overcoming adversity is a daily occurrence in the Poldark Unions. From Morwenna (Elise Chappell) who must live from day to day with her vile husband and then deal with the trauma that results from the loss that Caroline (Gabriella Wilde) lives who must recompose herself as a person to be able to continue her story and her marriage, this season 4 of Poldark is not left out on a dramatic level. Things go by the way sometimes quickly, and sadness, bitterness, and joy merge quite quickly.