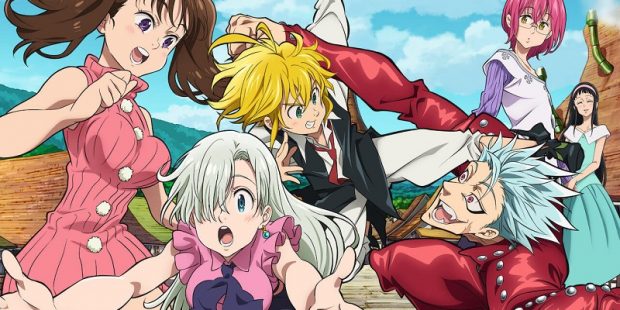 Kodansha confirms that the seven deadly sins season 4 anime will be done, and details about a sequel to the manga are revealed.

A few days ago it was unconfirmed information, but now it is a reality. The Seven Deadly Sins Season 4 is underway.

The name of this new installment in the series is Fundo no Shinpan, which translated into English is Anger’s Judgment. This publication confirms that the premiere will again be through TV Tokyo and associated channels.

THE SEVEN DEADLY SINS RETURNS TO TELEVISION THIS 2020

That could be bad news for some people. All because this television station is very strict regarding the series it broadcasts, and precisely that was the reason for the censorship of the current season, which is about to end.

Something that the magazine also shares is that the entire cast of voice actors is back. It’s good to know that. As for the premiere, it is planned to be in October this year.

What is not known at the moment is whether Season 4 of The Seven Deadly Sins will be re-animated by Studio Deen and Marvy Jack. Many hope that this is not the case, since, as we mentioned before, he has done a very bad job of adapting the work of Nakaba Suzuki.

So a change would be very welcome, but it cannot be assured. Just over six months to go for the return of this beloved series.

You may also like to read, spanked celebrities. To know more visit our blog https://talkcitee.com/.

THE MANGA ENDS BUT WILL HAVE A CONTINUATION

Weekly Shōnen Magazine not only has information about the Seven Deadly Sins anime. It also reveals that there will be a new staging based on the franchise. But also, that the story of the manga has not completely ended.

Everything is supposed to end on March 25, but in reality, it will not. Nakaba Suzuki works on Mokushiroku no Yon-Kishi, which in English is The Four Knights of the Apocalypse.

It is a continuation of the manga, but this one focuses on one of the four riders, Tristan. For now, it is very preliminary since the name we mentioned earlier is tentative.

Returning to the theme of The Seven Deadly Sins, before the premiere of the fourth season the third will premiere on Netflix. That will be in July. Let’s see if by chance the quality is improved a little and the annoying censorship that the original episodes had is removed.