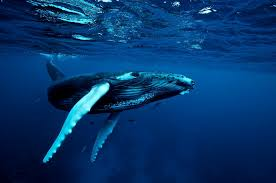 Sounds are all around us and unless you have ever had issues with your hearing, it’s probably not something that you think about on a daily basis. Our ears are incredible organs that work in conjunction with our brains to identify sounds and they can also have an impact on our memories and emotions. Everyday millions of sounds are entering through our ear canal, some of which we are conscious abut and identify as a noise that means something and others are like white noise and almost go unnoticed. A bit like the in store Music that you find from businesses like https://moodmedia.co.uk/in-store-music-for-business. When you are shopping you identify this music and maybe even sing along if it is a piece that our like, but you may not be fully aware of the noises of hangers moving along the clothes rails.

Essentially sounds are made up of vibrations. Whenever an item is bumped or moved it creates a vibration that then travels along our ear canal and our brains then make sense of the sound. Sounds that have slow moving particles tend to be those with a lower sound resonance and those of fast-moving particles produce high sound resonance.

There are many amazing facts about sound but here are some of the top ones:

Sound travels at different speeds depending on what the sound vibrations are moving through. For example, sound moves more effectively and faster through water than it does air. It is actually around 4.5 times faster through water. Some metals such as steel are even better conductors of sound than air.

Animals hearing is just as incredible and, in some cases, more sophisticated than ours. Dogs can hear sounds that are at much higher frequencies than we can which is why some people cannot hear a dog whistle, but the dog knows it has been called. Dolphins hearing is equally as sensitive with them being able to hear sounds that originate from over 15 miles away. In comparison whale song travels an amazing 480 miles in the ocean’s waters.

Did you know that some people have a fear of music? This is called melophobia.