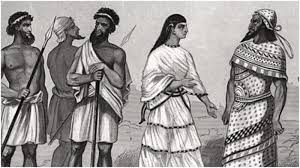 Despite being one of the  less well-known ancient civilisation  the Phoenicians represent an interesting and underrated influential impact on Western culture.  They may not have had a large inland Empire but they were certainly very much in control of the coast and the sea.  They were not particularly warlike but relied on trade and Commerce to establish themselves and their influence.  For example they had no capital but had two dominant cities of Byblos and Tyre. They lasted from 2500 BC to 539 BC using a system of Kings and automatic monarchs until establishing a republic in Carthage. In terms of land they originated from what we now call modern Lebanon. 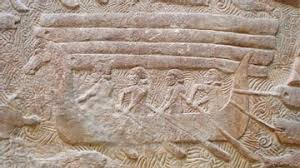 Despite their lack of warlike nature they were still able to have an effect on the region.  They were renowned as being Traders and merchants but also explorers, sea based, in large ships. They could have made full use of some Oak Beams  in their construction, and they were able to bring several new ideas and practices to the Mediterranean and the lands surrounding it.  They followed the structure of city-states much the same as ancient Greece who they had a huge influence on. They also provided one of the oldest alphabet to us.

Sadly very little has  survived of the Phoenicians in part due to the fact that they did not have a large land-based capital,  Instead we have had to rely on Greek, Roman and North African writers from ancient times to give us a piecemeal account of their history.  However what we do know suggests that they were able to give Great guidance and leadership 2tocountries around the Mediterranean and help shape the great empires of Carthage, Rome and Greece itself.