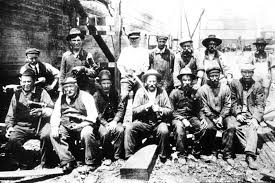 One of the most Irish places on Earth is not actually in Ireland. This is proved true on the 17th of March every year around the world with the Parades and Parties that occur for St Patrick’s day.  Without a shadow of a doubt many of those places are located in the United States of America’s major cities. The most prominent is that of the cold Northern city of Chicago. Here they are so into the parade they even turn the Chicago River green. They have been doing this since 1962 to celebrate the day of one of the most famous Saints in the Christian faith. However it’s not just a reflection of the Saint it’s also a reflection of the strong connection to Ireland that the City feels. 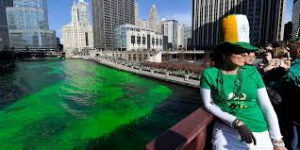 It is done by the journeymen local Plumbers union. It is a non toxic green day that soon dissipates over the hours of the party and the celebrations but when it is in full effect it really is quite a sight to see.

There is a very good reason why they do it. The river is the reason that so many Irish people came to settle in the city. They came with their families to escape Poverty and Famine and the prospect of the Cities canals was what drew them. In the 18th and 19th Century the Irish Navvies were famed for their skill and hard work. They flowed into Chicago and built the canals. So whilst you may decide to buy some ST Patricks Day Gifts from https://www.shamrockgift.com/st-patricks-day to celebrate remember that this river celebration is actually a poignant reminder of who made the City what it is today.