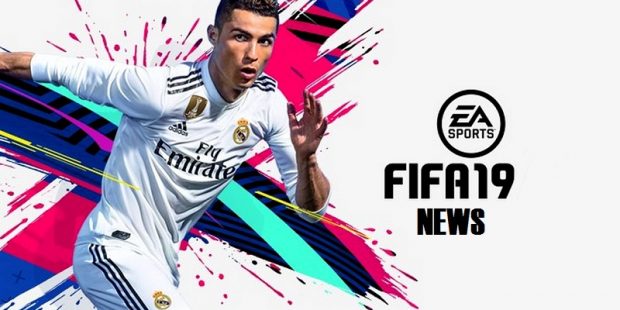 The famous game of EA Sports 25 years from the launch is renewed and tries to move the waters, to continue to entertain and entertain football fans. Here is the most interesting news about FIFA 19. Also, this year waiting for the end of the summer to get their hands on the game of EA Sports.  You are not the only one: billions of players from all over the world waited on 9 September to try a first taste of the beauties of FIFA 19 in the demo version.

But, by now, it is finally possible to buy one of the most famous football simulation games in the world and get your hands on the new episode of the beloved series. Are you ready to play? The leader of the industry since 1993, Electonic Arts ten years after its debut had to start to deal with a fierce competition from Konami: since 2003. In fact, every year is declared war between the two football titles for playability, graphics, loyalty to athletes. In recent times – also for the aspect of social sharing.

The entry of Pro Evolution Soccer was propitious to reignite the fire of the competition, and stimulate Electronic Arts to do better by improving the styles of the game but, if before the differences between the two titles were more palpable, this year EA has managed to subtract from the Japanese Konami a great exclusivity.  Let’s talk about the Champions League: in FIFA 19. It is possible to participate in the tournaments of the great European competition with the teams of this new football season 2018-2019. 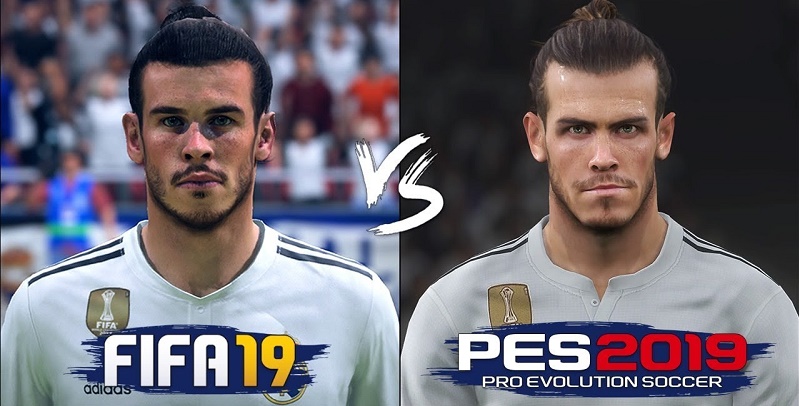 Although the clash and the purchase decision become harder and harder each year, there are still some characteristics of each of the two titles, which could lead you to tend towards one or another solution.

As for FIFA 19, again this year for the third and last time, the beloved ” The Journey ” mode returns: Alex Hunter will once again come to terms with his abilities and his career, in one narrative scheme that involves the player and makes him the protagonist of the game.

As in past editions, Hunter’s personality and abilities will be determined precisely by those who control the gamepad: the game decisions made during the entire story will influence the creation of Alex’s personality.

Two other characters are added to the protagonist: Danny Williams and Kim Hunter, respectively the best friend and the sister of the protagonist of FIFA 19.

But if the story of Danny is optional, Kim’s will take place in parallel with that of his brother. All will have in common the ability to change and evolve based on the choices of the player, who will have to measure digital avatars in FIFA 19 with training and increasingly exciting games.

One of the main peculiarities that choose FIFA 19 turn is certainly the graphics, which in this version manages to reach levels at the top, thanks also to the renewed  Frostbite.

The graphics engine allows a very realistic play environment and brings a high definition in every detail.

In this regard, the faces of the best-known players are more resembling than ever, although there are still virtual representations that do not reflect real players.

What changes in FIFA 19? 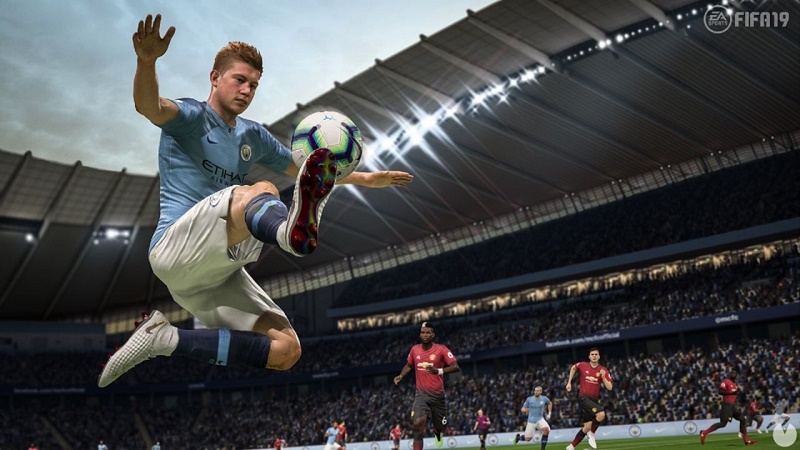 For all lovers of the series, FIFA 19 represents an interesting evolution of the playful mood, with innovations that go from:

Among the much news related to the timing of the game, this year’s version gives the videogamer a more sustained and exciting rhythm of the game, thanks to the new technical goodies that pass through the Active touch system and the FIFA 19 own-time finalization.

This is two of the many new features that increase the pace of play: the active touch makes reception and ball posting more precise and effective but at the same time realistic, depending strictly on the type and power of the opponent’s shot. The finalized time, instead, allows increasing the accuracy of the shot, with a double pressure of the dedicated button: the first time is necessary to give the command of the shot, while the second allows setting a greater accuracy in the trajectory of the ball.

This means that the player must be able to find the right timing for the perfect shot, playing a match at the limit of the acrobatics. This function by navigated players. It is completely optional: you can play in old style by adopting traditional game techniques. 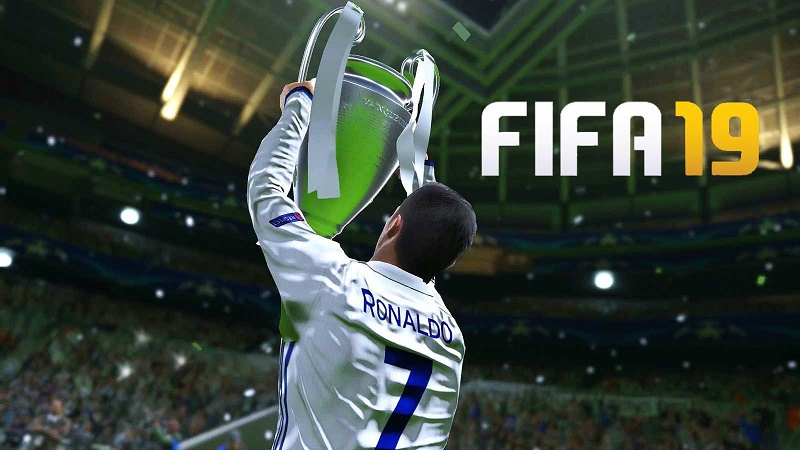 As already widely anticipated for some time, FIFA 19 brings with it new tournaments all to play: we talk about the Champions League, which together with the UEFA Europa League allows you to challenge the big names of the football even in the final of the great UEFA Super Cup.

Well yes: with a hard blow inflicted to the competitor PES 2019, EA Sports has managed to blow to the Japanese competitor the rights for the prestigious cup with big ears.

Both to give a more natural and realistic motion to the physicality of the game, but also to make the plot more exciting; two new features have been introduced:

In the first case, it is an element of randomness added to the game, which makes the outcome of the battles for ball possession almost unpredictable. In particular, the player in the field will be able to conquer the ball or make precise passes based not only on his characteristics, but also on the position of play, that of teammates, and opponents: the game is all in your hands.

The dynamic tactics, however, allow you to change the structure and strategies of the team, not only before the match but also during once customized their modules, it will be immediate and straightforward to change the fate of the game by changing the tactics of the game like a real coach. 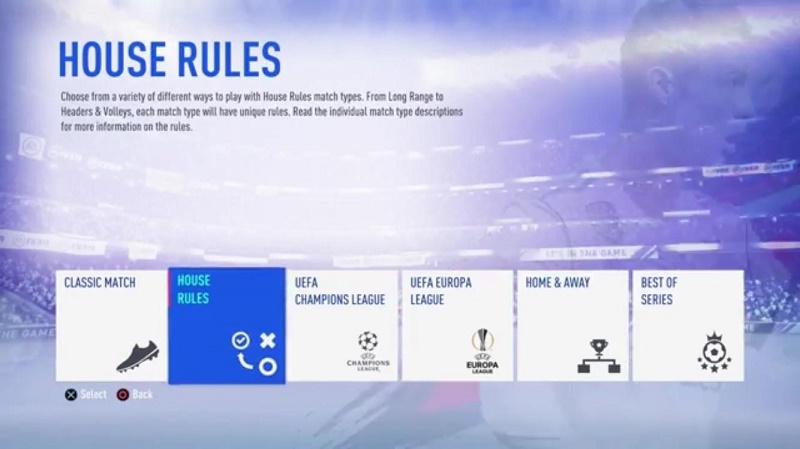 But certainly, the most awaited feature of FIFA 19 was the much-discussed House rules, that is to say, the customization of the rules of the game, which allows the player to decide what the rules to follow during the match will be.

Free rein to the imagination and the most hidden dreams to revive the game scheme, with the possibility of eliminating the good rules of civil sense that would raise the card, or stop the game, in the presence of fouls or any offside: in custom rules, everything is worth. The game must go on.

Platforms on which FIFA 19 can be played

You can play FIFA 19 if you have one of the following devices available, such as:

If you’re wondering where to buy FIFA 19, know that the title, available as of September 28, 2018. It can be purchased in one of your favorite game stores: you can find FIFA 19 on Gamestop. The price of FIFA 19 is in line with past editions, with costs that vary depending on the desired version.

Have you already managed to get your hands on FIFA 19? In this case of news about FIFA 19, are you satisfied with the news that EA has made in the last chapter of the famous series?