Knitting ia a traditional craft that can be learnt fairly easily when you use Knitting Kits like the ones that are available from places such as https://www.woolcouturecompany.com/collections/knitting-kits not only is it a beautiful craft to learn but it can also help with anxiety, stress and nerves and as a result many celebrities have also taken up knitting. Here are just a few of them. 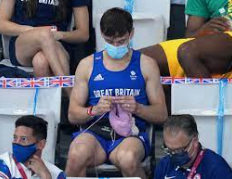 Tom Daley – the olympic diver has been seen at a number of events with his knitting needles and wool in hand. Tom has spoken openly about how knitting is not only a craft form that he loves but it helps him to reduce his anxiety levels and helps him focus before an event.

Sarah Jessica Parker – the Sex and City icon tookup knitting whilst fiming on the set of the hit TV show. Het co-star Kristin Davis also took up knitting whilst filming and the two actors could often be seen sitting with their needles and wool in hand waiting for the next scenes to be filmed.

Geri Halliwell – during her time in the Spice Girls, Geri was very open about her mental health issues. She struggled with some of the elements of fame and being in a girl band and knitting became one of the ways that she supported herself during some of these difficult times.

Rita Hayworth – the glamorous actor would often spend the breaks between filming scenes sitting with her knitting. She once noted that thai helped her to prepare for the next scenes and gave her some breathing space where she could reset before becoming the characters she played once again.

Meryl Streep – another iconic actor who knits on set as a way to pass the time between scenes and when she is waiting for costuming and make-up to complete her look. It is thought that she even knitted the shawl that she is seen wearing in the film ‘Doubt’. As well as knitting for herself, Meryl Streep also reportedly taught another actor Amy Adams how to knit.

With such high profile celebrities and actors taking up knitting it is no wonder that this craft has seen an explosion of interest over the last few years and this popularity shows no sign of slowing down.