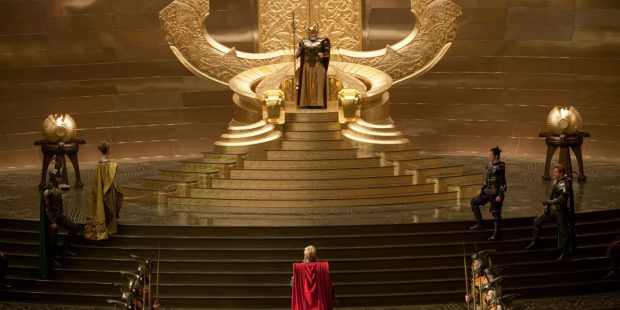 Behind (or beneath) every great movie hero or villain is an epic chair. The chairs that make the silver screen are often as decorative and worthy of notice as the stars who sit on them. You might think that chairs are of no importance and serve only as set decoration, but when the following chairs are introduced, you’ll realise they are just as memorable and impressive as a famous line or performance.

There’s something about mid-20th century furniture that has inspired home and filmmakers alike. One of the most iconic pieces of furniture from the 1960s is the ‘Egg Chair’. Many types of Egg chair have been seen on both the small and big screen, but it received particular attention in the Men in Black film. Used for comedy initially, the chair became part of the retro feel of the franchise that became its trademark. The chair also served as the most iconic piece of marketing for the movie. Get that funky retro feel for your own décor with a replica Egg chair form Pash Classics. 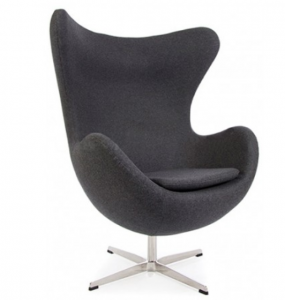 Set in the future, humans have ruined the Earth and turned it into a rubbish dump! In a new existence in space, with robots doing everything for us, humans have become lazy and obese, floating around on hover chairs whilst eating and drinking. Whilst this might sound heavenly for a while, a floating chair that takes us wherever we want to go without walking, we’ll soon be regretting our lethargic lifestyle.

The King of the Persians was a larger than life character in this movie and as such needed an impressively grand throne. To call it a throne might be an understatement as it was more of a throne featuring two huge sculptures and a set of stairs! It was also lifted and carried by a team of servants. Now that’s a chair and a half.

The Throne of Gondor, Lord of the Rings 2003

Of course, in the world of fantasy, thrones are bound to feature highly. Peter Jackson brought J.R.R Tolkien’s trilogy to life with a jaw-dropping sense of beauty and scale. Gondor’s throne room in Minas Tirith captured our imaginations with Gandalf knowing he could never live up to the glory of such a throne hanging over him.

Ruling on Asgard is a serious business and with the film starting with Thor, the God of Thunder marching to accept the throne from his father, you know the throne is going to be a grand and God-worthy example. Unfortunately, proceedings are disrupted by an invasion of Frost Giants but not before the audience has been wowed by the star of the show, Odin’s throne!

The Iron Throne, Game of Thrones

Now you know the seating is going to be good when it’s even featured in the title of the show. Representing the challenge of uniting seven kingdoms, the Iron Throne is made from more than 1,000 swords of enemies defeated by the first king. The chair on set is not as impressive as the writer envisaged but there’s plenty of fans who would love to sit in it, as long as they didn’t get stabbed in the back!