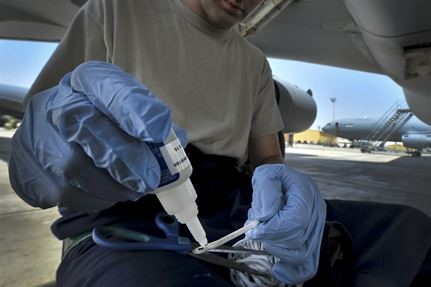 The terms epoxy and superglue are applied to a number of products. They are brand names and don’t apply to one specific product. In fact, sometimes a superglue can also be an epoxy. However, for the sake of clarity, when most people refer to one or the other they are referring to either a classic superglue, a fast-working adhesive solution, or an epoxy, a fastener that is created when the user mixes two elements which react to make a glue. 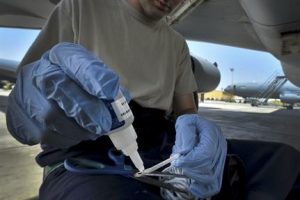 Epoxies are much rarer in domestic use than superglue. An epoxy is made when the user mixes a resin (derived from petroleum) with a hardener. The two combine to form an incredibly strong bond. The benefit of this immense bond is somewhat outweighed by the messiness and time taken to create the glue in the first place. Epoxies are used in a wide number of industries, from aerospace to marine construction and electronics. Unlike superglue, which has one main use as an adhesive, an epoxy can also be used as a coating for electronics and metal or in paint. Epoxies are also better for wider gaps than superglue, because they are so structurally sound.

Superglue is ideal for a wide range of small projects. Superglue, which is easy to store, easy to use and relatively low in cost, is used extensively in the home, although it is also used in factories that produce items with small parts which need to be affixed carefully. Superglue is also easier to remove once hardened – unlike an epoxy, which is virtually impossible to remove. Again, this makes it the better candidate for household tasks. 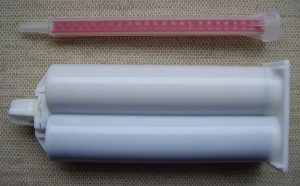 There is of course a glue for every task, and it’s important that you choose the best one for your project by doing your research first. Sometimes you will need a glue that is neither a traditional superglue nor an epoxy, such as a metal bonding adhesive from http://www.ct1ltd.com/product-applications/metal-to-metal-adhesive.

As you can see, the main difference between a superglue and an epoxy is that the latter starts out as two items (resin and hardener), but the differences actually go a but further than that: one adhesive is more structurally strong, whilst the other is more practical for everyday uses in the home.