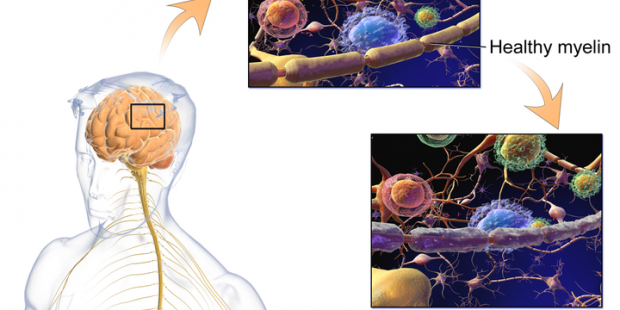 What Is Multiple Sclerosis (MS)? 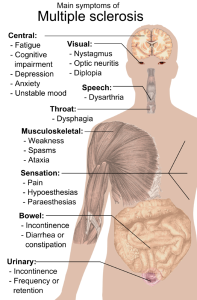 Symptoms of MS can include difficulties seeing, problems with arm and leg movement and issues balancing. MS can be mild but can also cause serious disability. More than 100,000 people in the UK are living with MS. MS is roughly two to three times more common in women than in men. 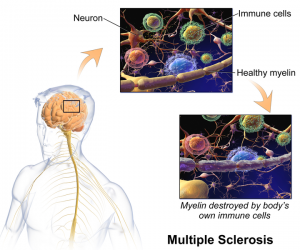 What Are Clinical Trials?

Clinical trials are carried out to test the safety and effectiveness of new drugs before they can be approved to be prescribed to patients. Medicines are usually given to one group of participants, and their results are compared to a control group. The control group may be given a dummy treatment (also known as a placebo), or they may be given the current standard treatment for their condition. There are different phases to clinical trials, starting with phase 1 and going up to phase 4.

What Has This New Clinical Trial Found?

This is the first time a triple treatment clinical trial has ever been completed in MS patients. In a triple treatment trial three different drugs are tested at the same time, rather than one after each other. This significantly decreases the total time required to test all the medications but does make the trial design much more complicated.

To further increase the complexity of the study, it followed an adaptive design. Adaptive phase 1 clinical studies, such as those carried out by https://www.richmondpharmacology.com/specialist-services/adaptive-phase-i-studies, evaluate participant outcomes at defined intervals and then modify the trial protocol according to those outcomes.

This new MS trial was completed in just five years, rather than the 15 years it would otherwise have taken to test all three drugs. Participants were given amiloride, fluoxetine, riluzole or a placebo pill. MRI scans and measures of eyesight, walking and simple thinking were carried out before and after treatment. In this case researchers found none of the three drugs had a clinical effect, but the study has established a benchmark for future MS trials or studies of similar neurodegenerative disorders.