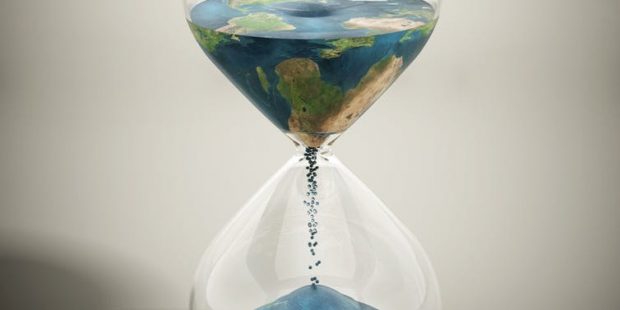 There is no health system or security forces of any state that can provide us with the protection that nature offers us. A nature that, yes, is rich in species and that works well.

Plunged into confinement and an unprecedented health crisis, we strive to find drugs and vaccines for COVID-19. We study the functioning of the virus and its life cycle, evaluating the different hypotheses about its origin. But what is indisputable is that it is our habits and behaviors that put us in danger. Because behind this pandemic is the destruction of nature.

Fifteen years ago, the first scientific indications on the protective function of biodiversity were provided. Thanks to effects such as dilution of viral load and damping of contagion, biodiversity is a huge and effective barrier to zoonoses. It has been seen in many practical cases, from avian influenza to Lyme disease, which have been corroborating and reinforcing the first theoretical studies and the first epidemiological simulations.

Every day we understand better the origin of the current pandemic. Molecular studies allow us to unravel some of the key steps in this zoonosis: most likely originated in bats, it eventually passed to pangolins and from these to humans.

SARS-CoV-2 has long co-evolved with the bat so that when it is healthy, the viral load is minimal. However, in states of stress, such as when being chased, hunted, and handled, the animal’s immune system is depressed and the viral load skyrockets.

Something similar happens to other hosts such as the pangolin, the object of hunting and illegal trafficking in many regions of Asia and Africa. It is in this situation, with the immunosuppressed host reaching a high viral load, that the virus is most dangerous for the human south.

This is how nature protects us

A healthy nature, with functional ecosystems and rich in species, protects us in a very comprehensive way against pathogen infections. Not only through biodiversity. For example, nature can curb desert dust and reduce air pollution, two vehicles that spread viruses and that accentuate respiratory symptoms in patients affected by COVID-19.

When we incorporate climate change into the equation, nature has less scope to mitigate impacts and protect our health. This global phenomenon not only leads many forests to falter in their role as carbon sinks , but also makes them more prone to large fires, such as those that recently occurred in Australia.

Smoke affected 80% of the country’s population. But the problem was not only Australians. As is now the case with the pandemic, smoke quickly traveled the planet.

There is no national or international organization that can prevent the smoke from the fires reaching the main cities of the world in ten days, accentuating their pollution problems. Similarly, there is no industry or company capable of reducing greenhouse gases to the extent that tropical forests do.

The functions that a healthy nature does for us, including protecting us from zoonoses, are priceless.

Much of the problem with current zoonoses is globalization, which involves rapid and massive movements of the human population. Therefore, the most effective and urgent measures that have been taken have been related to limiting the movement of people.

But perhaps we forget that climate change has spent decades amplifying large-scale migratory movements in various regions of the planet. The phenomenon not only triggers migrations from African or tropical regions to Europe or the United States, but also triggers them within these areas. It is already happening in Europe.

The climate crisis is still there

Confinement can help us learn and reflect on the day after. Lately we hear the mantra that all our efforts now will serve to restore normalcy soon. But what normality? The one that brought us here? The normality that favors pandemics, that destroys ecosystems, that causes climate change, that generates social inequality and is based on an unsustainable economic model?

In China they are already burning coal to generate energy, and more than before if it can be, because their objective is to relaunch the economy without paying attention to environmental costs.

The pandemic shows us crudely how sensitive we are to a natural environment that does not work well. The current situation should serve as a test to rethink a great crisis that is waiting for us, that does not stop and that is even more complex to manage and tackle than the coronavirus pandemic: that of climate change.

Politicians do not agree on world climate summits, but each in his own country and in his own way ends up converging to relaunch the economy over and over again in the traditional way.

If we are going to work on not returning to that unviable normality, but to a new normality more in balance with nature and sustainable over time, it is necessary to deeply question the social and economic framework in which we operate.

No one will want to suffer another pandemic in a few months. A pandemic that, according to the World Health Organization, can be much more lethal than that of the coronavirus.

In the biosphere equation, Homo sapiens cannot monopolize such a large share of resources or generate environmental changes at a rate so much higher than the rate of regeneration and recovery of ecosystems. It will only be through the common gaze of all, experts and non-experts, economists, biologists, doctors, mathematicians and sociologists, how we will approach a really different day afterwards and with founded hopes of not falling into another confinement a few months after leaving this one.