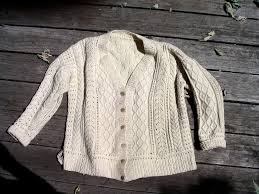 On the Isles of Aran they tell a great story. It comes to us from the land of tales and Ireland. One of the furthest points West in Europe, The Isle of Aran sit like a bulwark against the rages of the Atlantic and protect the Bay of Galway making it a lot smoother and easy to navigate.  It is a hard and rugged place but it has a thriving community and one that was in full swing when we picked up this tale. The Aran islanders have very little room to grow crops and much of their spare land was devoted to sheep. These producers of wool would give the Islanders a great gift. 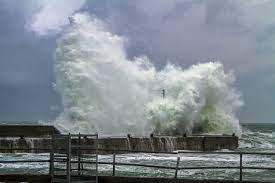 The storm was coming. You could see it from the headland.. The black and grey clouds spelt nothing but fury and malevolence. However the brave men of Aran were set. They needed food to feed their families and if they were quick the fish and crustaceans would make a fine Dinner. The storm may well have forced them closer to land. If they were quick they might be able to get a good catch and get back. All wore the Aran Sweaters fashioned by a mother, wife or betrothed. It’s water resistances and warmth would be most welcome (although you can get one from Shamrock Gift)

Alas the treacherous Atlantic betrayed them and the storm came quicker than expected and took the boat to the bottom. Some of the men escaped but most were lost to the waves. Days passed and all hope was given up on finding them. Eventually the men were washed up on the shore. The only way to identify them was by the cable knit on the Sweaters ech personal to themselves.