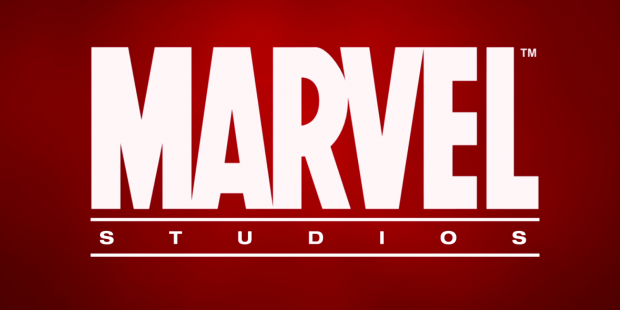 The History Of Marvel Studios

In 1996, it was bankrupt. 8 years later, it had to offer the rights to 10 of its best-known characters in order to obtain a bank loan. Today, the company is recognized for creating the most profitable film franchise in history and has grossed over $22 billion dollars worldwide… How did it do it?

The company that stars in this story is Marvel Studios, which was born in 1970 as a department of Marvel Comics to be in charge of licensing film studios the rights of the famous characters in their comics. From then until 1990 they provided licenses to film productions of little success and minimal impact that only represented losses for the companies involved. This caused the film producers to turn their backs on the company. On the other hand, his best-known rival, DC comics, conquered the world of cinema with famous films by his superheroes Batman and Superman… It seemed like there was a huge market in the industry, but they had not found the right production company to bring their superheroes to the big screen. This, in addition to Marvel Comics’ large debts as sales of its comics were declining, led to the company going bankrupt in 1996.

Coming Out Of Bankruptcy

A year later, 20th Century Fox decided to acquire the rights to several of the Marvel characters to produce their films. Thus, Marvel Studios discovers that if it wants to stay afloat, it must sell its characters’ rights directly to the producers and negotiate a percentage of the film’s profits, rather than just renting or licensing the rights as they did. Fox, meanwhile, launched X-men in the year 2000, a production that had a great critical reception and a good box office, which was a boost for Marvel superheroes to begin to be known to the public who did not consume Comics. Fox tries to repeat the success with Daredevil, Elektra and the Fantastic Four in later years, but these films weren’t very well received by critics or comic book fans, and the box office sales were barely acceptable.

In 1999, a division of Sony Pictures called Columbia Pictures acquired the rights to Spiderman, one of the most beloved characters by Marvel fans. In 2002, Sony releases the critically praised Spider-Man movie, earning over $800 million at the box office, making it an absolute success, encouraging Sony to make 2 more sequels to the character, which were also very successful.

Excited by the great reception of their characters in the film industry, the directors of Marvel Studios in 2004 decided to make a risky move. Until then, the company had little involvement in the productions of the licensed movies. The companies that had acquired the rights, had total autonomy to do what they wanted with them; and Marvel Studios only received a small part of the profits from the productions. So, they decided to be the ones to produce the movies and would seek support from distribution companies, so they would get a large part of the profits and their characters would continue to belong to the company. But, to achieve this, they needed a lot of capital.

Risking everything for a dream

They managed to obtain a bank loan of $525 million dollars to develop 10 films in a period of 8 years, but as a guarantee they had to offer the rights of 10 of their most recognized characters. If the films failed, Marvel had to pay the debt and, in addition, would lose control of much of its characters. In 2004, Universal Pictures bought the rights to the Hulk, but a year later Marvel Studios got the rights back after negotiating with Universal, agreeing that it would be responsible for the distribution of all the Hulk movies that Marvel made.

At this time, its most famous characters, such as the X-men, Spiderman and the fantastic 4, belonged to other companies; so they had to work on lesser-known characters in popular culture, like the Hulk, Iron Man, and Thor. Completely determined, they set to work to produce their corresponding films.

In 2006, they recovered the rights to Iron Man, which belonged to Fox and Newline Cinema, and reached an agreement with Paramount Pictures to distribute the film; thus they began with the production of the tape in 2007. This would be the first production fully funded by Marvel Studios.

The birth of a multi-million dollar franchise

Released in 2008, Iron Man had a smashing success at the box office, received rave reviews, and attracted all kinds of audiences to superhero movies. A few months later, The Incredible Hulk was released, being a complete failure. Meanwhile, the company was working on the production of its next film: Thor. The ambitious Marvel plan was already underway, because in a couple of scenes at the end of each of its two films released until then, a reference was made to something much bigger. Avengers would be an opportunity for viewers to see the heroes of other movies grouped together on a single tape.

The success of Iron Man attracted the interest of The Walt Disney Company, which decided to acquire Marvel Studios for more than $ 4 billion dollars. With the deal, they made it clear that this negotiation would not affect any agreement previously agreed with other companies. However, Disney was willing to distribute all the films that the studio would develop in the future, in this way, 100% of the profits from each production would go to the company.

The hits for Marvel Studios were only just beginning. With Disney behind, the quality of its productions increased significantly. Little by little, films of other characters were developed, such as Captain America, Guardians of the Galaxy, Antman and Doctor Strange, among others. They released two movies every year. Viewers were able to watch solo movies of their favorite heroes, and shortly thereafter, they could see their superhero in the company of others in crossover movies, like the Avengers.

Thus, for 10 years and after 23 films, Marvel Studios managed to build the most profitable film franchise in history, raising a total of more than $ 22 billion dollars with all the films of the well-known Marvel Cinematic Universe (MCU). In addition, the studio has the highest grossing film in history to the Moment: Avengers End Game, which was a historical milestone in pop culture, generating revenues of nearly $ 2.8 billion since its release in theaters.

Today there are millions of fans of the superhero genre in the cinema. Marvel Studios is positioned as one of the most profitable companies in the film industry. Its formula has tried to be copied several times, but only they have been able to achieve the success and impact that their beloved movies and characters have achieved. All of this would not have been possible without the vision and determination that the directors had in 2004 when risking everything to venture into the production of superhero movies.