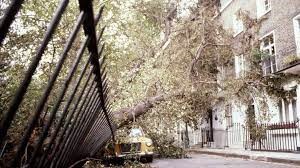 Winter has arrived and that means that the days are much shorter, and we find that we are doing a lot in the dark! As well as this, the weather is colder, wetter and windier, and we are much more inclined to snuggle up indoors. However, before doing that it is important to remember that winter storms can be hugely problematic for you and your home so you might want to do a few things to protect your home from the worst of the winter weather – from calling someone out like this TV aerial installation Gloucester based company to provide you with a new aerial if your is on its last legs, to having a garden fence that has seen better days replaced, there are lots of things that can be done in the home to help prevent the impact of the wintery weather.

The Snow of 1947 – The winter of 1947 was always going to be hard. With Britain suffering the economic and mental turmoil of the war and rationing still something that was very much present in everyone’s life, the timing of this weather event was not great. The snow started to fall in the January, as temperatures plummeted after a very mild start to the month. What made this particularly bad was the length of time that the temperatures stayed low for, and the snow that just kept on falling all the way through to March. Huge snowdrifts kept people stuck in their homes, and miners were unable to get to the mines to access the coal that was needed to keep people warm. 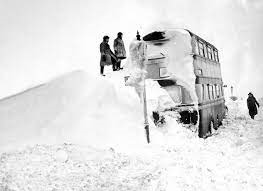 The Hurricane of 1987 – Although not strictly a hurricane because it was not formed in the tropics, the strong winds that arrived to Britain on 15th October 1987 were certainly of hurricane strength. What is possibly the most memorable event of this storm is the fact that it caught weather forecasters on the hop, even hours before it struck weather presenter Michael Fish declared that there was no hurricane on the way. However, there were many tragedies caused by the hurricane – many people were killed, including two firemen crushed in their truck by a falling tree, as well as the trees themselves – it is estimated that in that one night, 15 million trees were lost in the UK, uprooted by the strong winds.

The Burns Day Storm of 1990 – This was a storm that was even more dangerous than the hurricane that had struck the south of the UK only a few years previously. This was because it hit the country during the daytime hours rather than overnight. Children were killed by a collapsed roof in their school and cars were flung from the roads by high-speed winds. It also cost a lot of money to clear up, as roads, and power networks were destroyed.