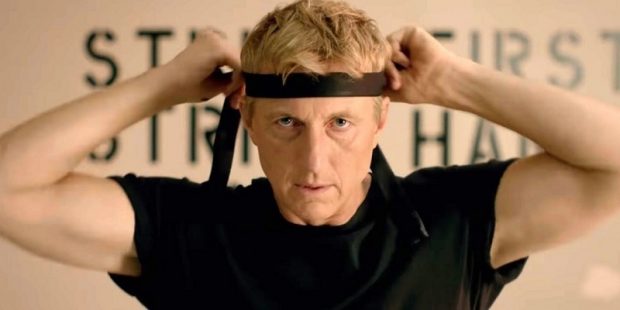 Cobra Kai is renewed for a third season from YouTube Premium on May 2, 2019. A little over a year later, however, YouTube Premium backs off in favor of Netflix. It dates back to 22 June 2020. The first two seasons of Cobra Kai land on Netflix simultaneously on Friday 28 August 2020. When will Cobra Kai 3 season?

Filming kicks off on August 20, 2019, and concludes on December 6, 2019. This is what was announced on Twitter by one of the three creators of the series, Jon Hurwitz.

The trailer announces that Cobra Kai 3 is out in 2021.

On August 24, 2020, four days before the first two seasons debut on Netflix, confirmation of the third season’s release arrives. Cobra Kai season 3 comes out in 2021.

Cobra Kai 2 how it ends 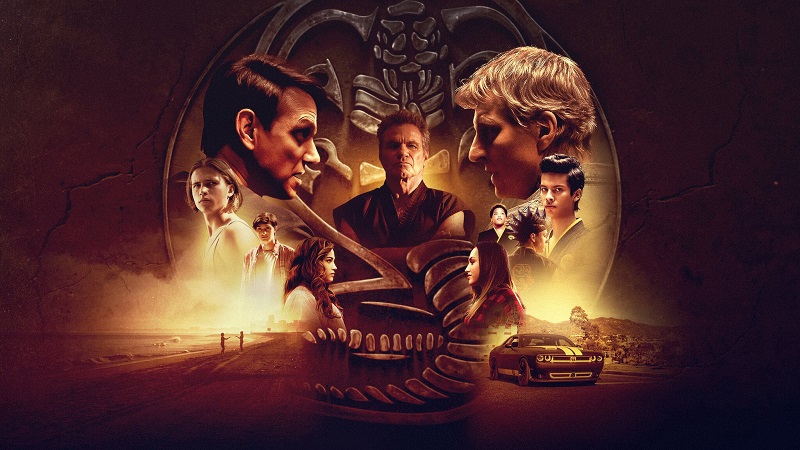 The second season of Cobra Kai ends with the tension skyrocketing. A fight breaks out in the high school that our kids attend. Robby, despite his father’s teachings, pushes Miguel off the railing of a balcony. What about him?

The boy’s uncertain but still shocking fate makes the instructors wonder what is the best method to teach young people by doing them good. This is the premise from which the third season starts. 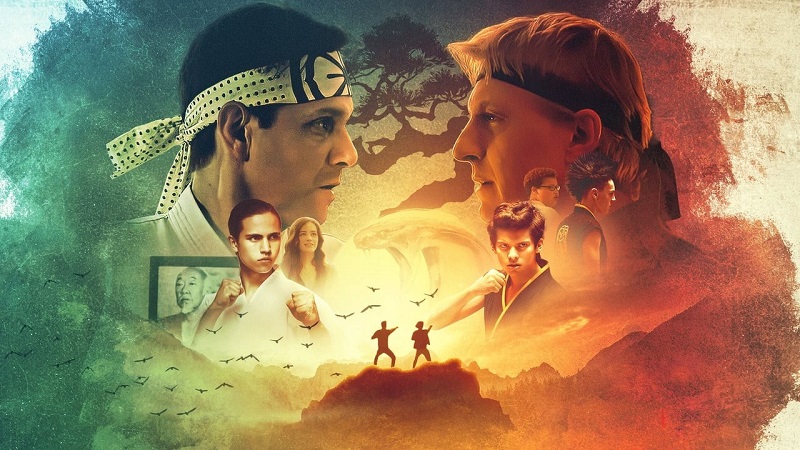 What is the Cobra Kai series about? It is set 30 years after the original 1984 film, when Johnny  (William Zabka) reopens the old Cobra Kai dojo, thus rekindling his old rivalry with Daniel LaRusso  (Ralph Macchio).

In the third season of Cobra Kai, Daniel LaRusso returns to Okinawa. This choice is dictated by the fact that season number 3 “is very important to move forward” in the story. This is what the showrunner told SlashFilm in the interview published on July 18, 2019. To delve into the inner world of the characters and the origins of the master Miyagi, Daniel returns to Japan, in Okinawa.

Are Kumiko and Chozen in Cobra Kai 3 season?

In Cobra Kai 3 we discover that Miguel is not dead in the last episode of season 2. This is what we learn from the interview given by Xolo Maridueña to Indiewire and published on July 18, 2019. This does not mean that the boy is fine… He has a neck and back in pieces. If nothing else, still breathe!

In the third season of Cobra Kai, there is also a flashback of John Kreese in Vietnam. These events have the task of explaining the reasons why this character is so ruthless. From the terrible experiences he lived there, man forges his character. In fact, he doesn’t allow his students to accept defeat because he has lost so much himself. This is what we learn from the interview that Martin Kove – the actor who plays him – releases to SlashFilm on April 22, 2019.

Who are the protagonists of the Cobra Kai 3 season? We remember the main actor’s Ralph Macchio and  William Zabka who after 30 years return to interpret the iconic roles that made them famous: respectively Daniel LaRusso and Johnny Lawrence.

Let’s not forget Martin Kove in the role of Kreese. In a tweet published on July 19, 2020, the interpreter announces that he thinks “there will be a lot of redemption [for his character] in season 3.

Next to them we also find the actors  Xolo Maridueña in the role of Miguel Diaz, and  Mary Mouser in those of Samantha LaRusso. Tanner Buchanan plays Robby Keene instead, while Courtney Henggeler is Amanda LaRusso.

Joe Seo returns to the cast of season 3: to confirm it is an Instagram Stories by Xolo Maridueña. Ready to see Kyler again?

Elizabeth Shue may return too. In a statement of May 10, 2019, released by Entertainment Tonight Canada, the actress does not rule out being in the third season of the series. Recall that the interpreter is part of the cast of the first season of The Boys, but his character dies. Elizabeth Shue claims that she watched the Cobra Kai series and gave it a quality judgment. They offered her to return to play the role of Ali: “Ali could come back again”.

Who does not return in the third season is Nichole Brown (Aisha) . The YouTube video that we link to you summarizes the IG Stories that communicate the news. Probably not his will to leave the series, but dictated by the needs of the plot.

Cobra Kai 3 streaming: where to see the episodes

Once released, the third season can be streamed on Netflix. From 28 August 2020, the first two seasons will land in the streamer’s catalog also.

It has worldwide following with thousands of success stories, media coverage and the backing of medical and nutrition experts. cialis south africa price It provides a fast and effective way to prevent fat absorption and boost the metabolism.